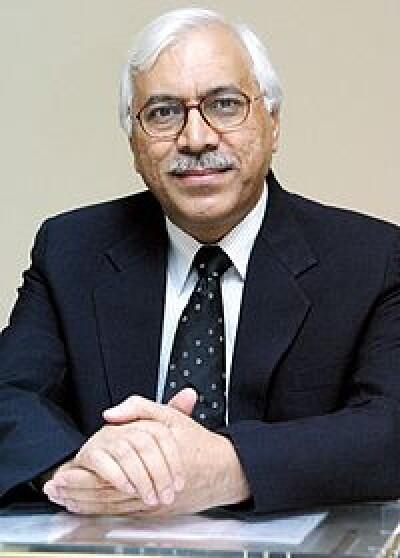 Shahabuddin Yaqoob Quraishi is a former chief election commissioner of India. He was appointed as the CEC as the successor to Navin Chawla on July 30, 2010. He has also served as a Secretary in the Ministry of Youth Affairs and Sports.

Dr. S. Y. Quraishi was the 17th Chief Election Commissioner of India. Prior to assuming this position he was Election Commissioner and involved, as part of the three-member Commission, with control, direction and superintendence of the conduct of elections to the offices of President and Vice-President of India, General Elections to the Lok Sabha – 2009, and elections in a large number of states. In the management of elections, Dr. Quraishi brought a special focus on people’s participation, voters’ education and youth involvement in the electoral process through scientific research and interventions, ardently promoting the lending of strength to grassroot level election functionaries.
Dr. Quraishi is known for his special contributions in social sector reforms covering health, education, population, drug abuse, and civil society action. He has done extensive work in the fields of Gender, Women & Child Development, HIV/AIDS, Youth & Adolescent issues.
Educated at St. Stephen’s College in Delhi, Dr. Quraishi has a number of books, articles, and talks to his credit. His book, titled Social Marketing for Social Change has broken new ground in the field of Development Communication.
Talk will be moderated by Pradeep Chibber.
Sponsored by the Center for South Asia Studies and the Institute of International Studies.