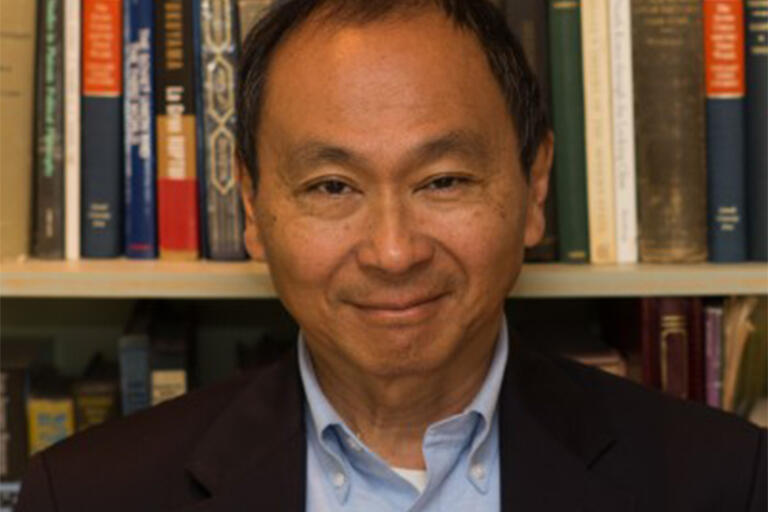 Francis Fukuyama is Olivier Nomellini Senior Fellow at the Freeman Spogli Institute for International Studies (FSI) at Stanford University, and the Mosbacher Director of FSI's Center on Democracy, Development, and the Rule of Law.  He is professor (by courtesy) of political science.

Dr. Fukuyama has written widely on issues in development and international politics. His book, The End of History and the Last Man,was published by Free Press in 1992 and has appeared in over twenty foreign editions. His most recent book, Political Order and Political Decay: From the Industrial Revolution to the Globalization of Democracy, was published in September 2014. Other books include America at the Crossroads: Democracy, Power, and the Neoconservative Legacy, Our Posthuman Future: Consequences of the Biotechnology Revolution, and Trust: The Social Virtues and the Creation of Prosperity.

Francis Fukuyama received his B.A. from Cornell University in classics, and his Ph.D. from Harvard in Political Science. He was a member of the Political Science Department of the RAND Corporation, and of the Policy Planning Staff of the US Department of State. He previously taught at the Paul H. Nitze School of Advanced International Studies (SAIS) of Johns Hopkins University and at George Mason University's School of Public Policy. He served as a member of the President's Council on Bioethics from 2001-2004.

Dr. Fukuyama is chairman of the editorial board of The American Interest, which he helped to found in 2005. He is a senior fellow at the Johns Hopkins SAIS Foreign Policy Institute, and a non-resident fellow at the Carnegie Endowment for International Peace and the Center for Global Development. He holds honorary doctorates from Connecticut College, Doane College, Doshisha University (Japan), Kansai University (Japan), Aarhus University (Denmark), and the Pardee Rand Graduate School. He is a member of the Board of Governors of the Pardee RAND Graduate School, the Board of Directors of the National Endowment for Democracy, and a member of the advisory board for the Journal of Democracy. He is also a member of the American Political Science Association, the Council on Foreign Relations, and the Pacific Council for International Affairs.

Co-sponsored by the Institute of East Asian Studies.