The Networked World: How Foreign Policy Is Evolving In The 21st Century 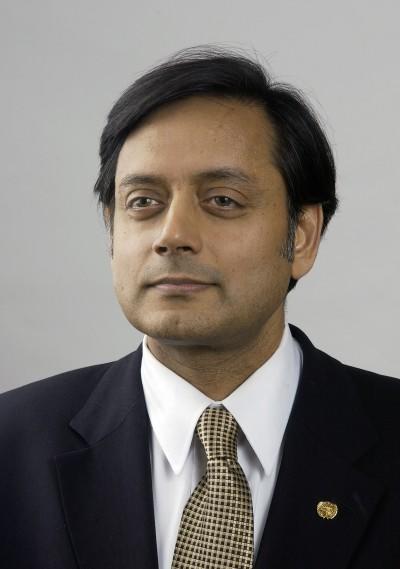 Dr. Shashi Tharoor, Member of the Parliament of India, Former Minister of State for External Affairs, Former United Nations Undersecretary General
Co-sponsored by the Institute for South Asia Studies.
Dr. Shashi Tharoor is an Indian politician and writer who has twice been elected Member of Parliament (Lok Sabha) from Thiruvananthapuram, Kerala. He was previously Minister of State in the Government of India for External Affairs (2009–2010) and Human Resource Development (2012–2014). He is a member of the Indian National Congress and served as an official spokesperson for the party from January to October 2014. Until 2007, he was a career official at the United Nations, rising to the rank of Under-Secretary General for Communications and Public Information in 2001. After 29 years in service, he announced his departure from the UN after the 2006 elections.

Dr. Tharoor is also a well-known award-winning writer, having authored 15 bestselling works of fiction and non-fiction since 1981, all of which are centered on India and its history, culture, film, politics, society, and foreign policy.   His first non-fiction book, Reasons of State (1981) is a study of Indian foreign policy making, while his India: From Midnight to the Millennium (1997) is an acclaimed analysis of contemporary India, cited by President Clinton in his address to the Indian Parliament.  His most recent book, India Shastra (2015), features a collection of essays on contemporary India.  His three novels are the classic The Great Indian Novel (1989), which is required reading in several courses on post-colonial literature and whose Silver Jubilee Edition, after 43 reprints in India, is out in September 2014; Riot (2001) a searing examination of Hindu-Muslim violence in contemporary India; and Show Business (1992), which received a front-page accolade in the New York Times Book Review and has since been made into a motion picture, “Bollywood”.

Dr. Tharoor is a globally recognized speaker on India's economics and politics, as well as on freedom of the press, human rights, Indian culture, and international affairs.