After Iraq And Afghanistan: Can Intervention Work? 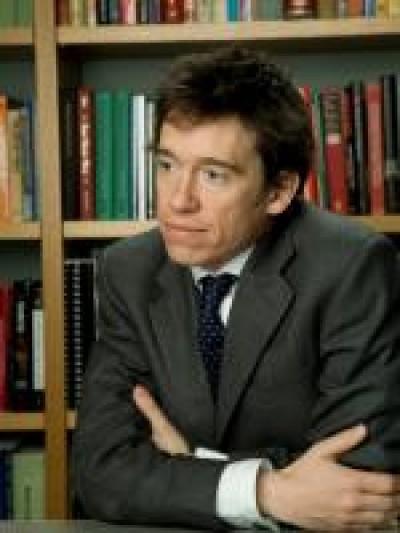 Rory Stewart is best known for his 32-day walk across Afghanistan chronicled in his book, The Places in Between.  The rights to a movie about his extraordinary career have been optioned by Brad Pitt, and Orlando Bloom has expressed an interest in playing the role of Stewart.

Rory Stewart was born in Hong Kong and grew up in Malaysia. He served briefly as an officer in the British Army (the Black Watch), studied history and philosophy at Balliol College, Oxford and then joined the British Diplomatic Service. He worked in the British Embassy in Indonesia and then, in the wake of the Kosovo campaign, as the British Representative in Montenegro. In 2000 he took two years off and began walking from Turkey to Bangladesh. He covered 6000 miles on foot alone across Afghanistan, Pakistan, India and Nepal--a journey described in The Places in Between.

In 2003 at the age of 29, he became the coalition's Deputy Governor of Maysan and Dhi Qar, two provinces in the Marsh Arab region of Southern Iraq. Stewart wrote about these years in The Prince of the Marshes. Stewart writes for a range of publications, including the New York Times Magazine, the London Review of Books, the Sunday Times, the Guardian, the Financial Times and Granta.  In 2004, he was awarded the Order of the British Empire and became a Fellow of the Carr Centre at Harvard University. He is the founder of the Turquoise Mountain Foundation, which invests in the regeneration of the historic commercial centre of Kabul, providing basic services, saving historic buildings and constructing a new bazaar and galleries for traditional craft businesses.